Scary information coming out of the Child Abuse Royal Commission

More than 20 per cent of the members of some Catholic religious orders — including Marist Brothers and Christian Brothers — were allegedly involved in child sexual abuse, a royal commission hearing in Sydney has been told. 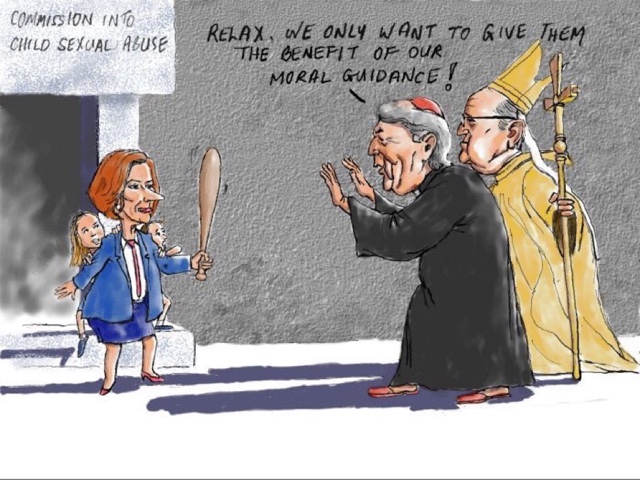 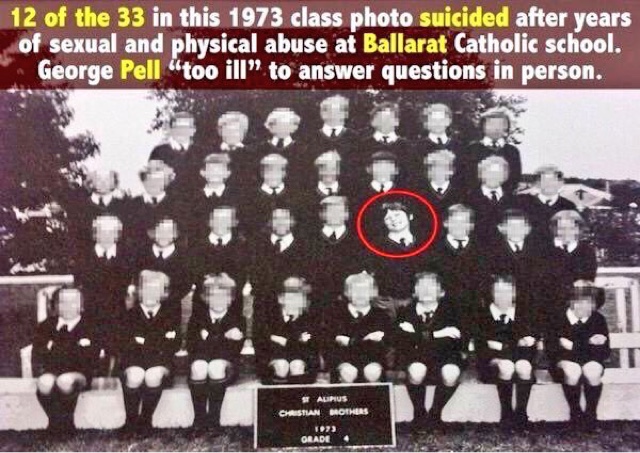 How safe are children in Catholic schools today? ( Extract from the Age)

Here in Victoria, unlike NSW, priests still have a lot of power in individual parishes and play a significant role in running all but a handful of the state's 400 Catholic primary schools. Priests are charged with employing the principal, overseeing school finances and are central to setting up the governing board.

About half of Victoria's approximately 100 secondary schools are owned by 21 different religious orders – each have varying governance structures. The other half, the systemic schools, fall under the four Victorian dioceses to which they belong.

The Catholic Education Commission of Victoria – which distributes taxpayers' money to the state's 492 Catholic schools – refused requests for an interview, spokesman Christian Kerr saying it was "inappropriate" to comment before officials appeared before the royal commission next week.

Catholic Religious Victoria, which represents the various congregations that run schools, said parents could be confident all schools complied with statutory requirements and were committed to child safety.

"We want to make sure that this kind of terrible thing could never happen again," said its president, Sister Veronica Hoey.

"I'm reassured that our schools are compliant with all processes, procedures and policies."

Yet asked about the reporting mechanisms in place for the religious order-run schools, one experienced principal replied: "It's as clear as mud. Who would know?"

Another Catholic education official admits it's taken him years to understand the system.

The welter of bodies with a finger in the Catholic education pie include the Australian Catholic Bishops Conference, which last year set up a new entity called Catholic Professional Standards Limited and the National Catholic Education Commission, an advocacy group. The Catholic orders have their own umbrella group, Catholic Religious Australia.

Yet there is, as one seasoned church observer puts it, "no CEO of the Catholic church in Australia, there is no boss. There is nobody who runs it. Each bishop or archbishop in each diocese – whether in the cities or outback Australia – answer only to the Holy See in Rome."

Former principal of St Joseph's College in Geelong, Paul Tobias, has told the the royal commission the church is persisting with "antiquated" governance models. He believes there remains too much power among the few people at the top with not enough input from non-clerics and women.

Some of the orders named and shamed before the royal commission this week (such as St John of God) no longer run schools in Australia. Others are putting a greater emphasis on lay administration.

EREA's executive director Wayne Tinsey insists that "the congregation of the Christian Brothers have nothing to do with the day to day management, governance or leaderships of the schools, which they previously owned but are now owned by us".

Even so, the order's Rome-based Congregation Leader appoints the council of trustees, who then appoint a board of management to run the organisation's 50 schools.

Dr Tinsey admits shock at the figures coming out of the royal commission this week. "It is an uncomfortable time to be a Catholic," he says.

"It's part of a destructive and shameful reality in our national history and we are totally committed to it never ever happening again."

Yet he maintains organisations such as his should be able to keep their autonomy within the church and the school system, to keep faith with the order's original mission, or "charism", in church parlance.

Chris MacIsaac, from victims support group Broken Rites, said a problem for many clergy abuse victims was that the hierarchy of their former schools did not acknowledge or address the scourge of abuse when they came forward.

Melbourne lawyer Vivian Waller says while many abuse victims do not trust Catholic institutions to look after children, banning a religious denomination from teaching "feels like a dangerous course".

Dr Waller, who has represented hundreds of victims of abuse at the hands of clergy, says church-run schools need to "walk the walk and what the community want to see is that they have put processes in place for protecting children and reporting to police".

But not all parts of the church are yet "walking the walk". Even the royal commission is having trouble extracting documents from the Holy See, Ms Furness revealed this week. The task ahead, she flagged, would be to identify the "structural, governance and cultural" factors that must change inside the church to ensure its dark past never returns. 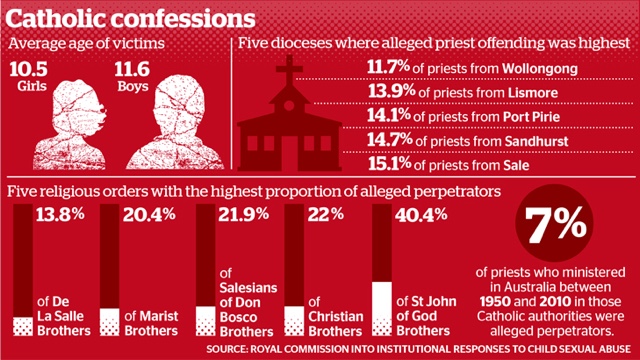