Not looking good for state education under Trump!

Donald Trump has released a statement describing grand plans for American education under the leadership of Betsy DeVos, his education secretary nominee. DeVos is a Michigan philanthropist who has chaired the state Republican party who “has kept a low national profile,” However she has neither worked in public education nor chosen public schools for her own children, who attended private Christian schools. 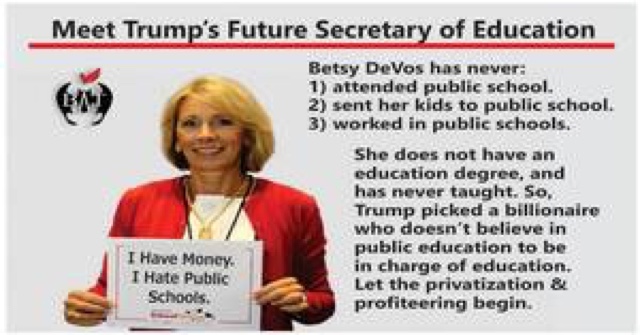 DeVos’ husband, Dick, is an heir to the Amway fortune and a former company president. Trump called DeVos “a brilliant and passionate education advocate.”

“Under her leadership we will reform the U.S. education system and break the bureaucracy that is holding our children back so that we can deliver world-class education and school choice to all families,” Trump said in a statement. “I am pleased to nominate Betsy as Secretary of the Department of Education.”

The reality is that trump has chosen the most ideological, anti-public education nominee since the creation of the Dept of Education. 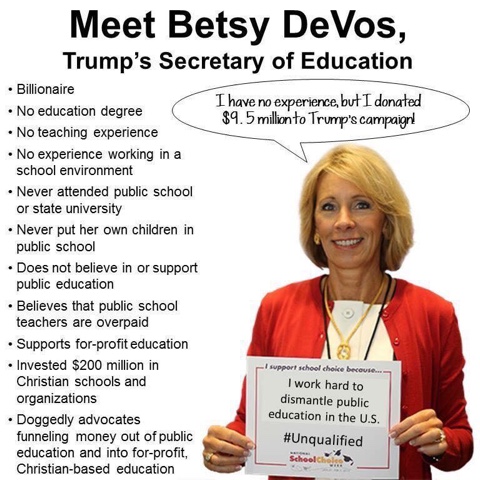 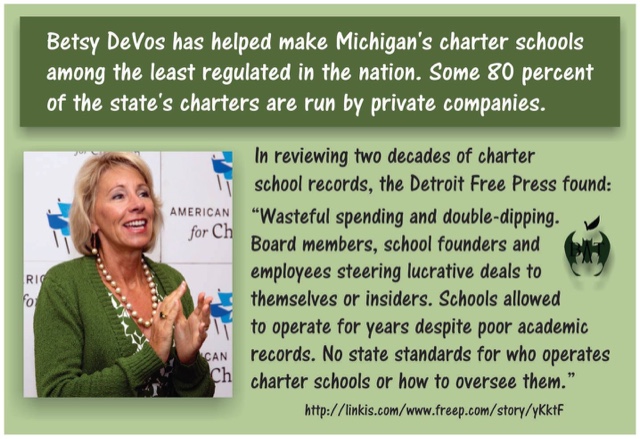