Today the grade 3s created their own Neverland maps, There are loads of maps on the Internet with quite a few differences. I think it has been largely re-engineered by Disney) but I created my own map, as best I could using the descriptions given in the book. The kids did much the same. ( Refer photo below) We also watched a DVD version of the Railway Children.
I also took a photo this morning of the Christmas wreath on Ballarat Town Hall ( replacing the white ribbon- domestic violence awareness symbol)
Tomorrow is transition day. Preps will visit their school for half a day and the year sixes will visit their high school for a day. ( my year 6s are going to private schools so of course they have their own orientation days so they'll be at school for the day. I'll have 14 kids tomorrow.) I have planned a maths task, name writing activity and I'll read some Christmas books and get the early years kids to help the new kids to attempt some Eric Carle craft based on the very Hungry Caterpillar. I have also organised some treat bags for the new kids including some books, a water bottle and crayons. I'll also give them the opportunity just to have a play with our train set and home corner. 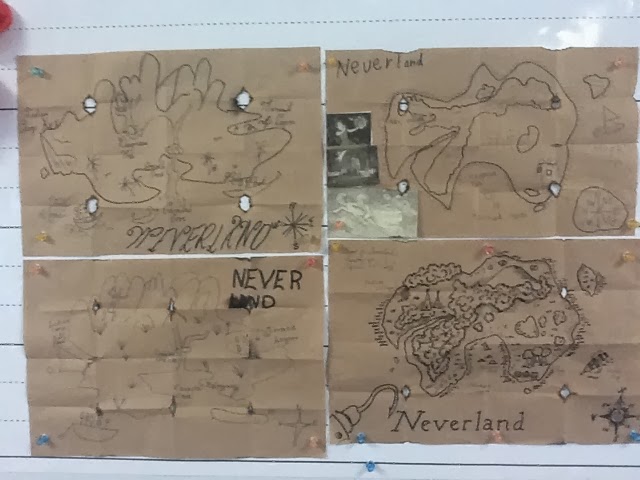 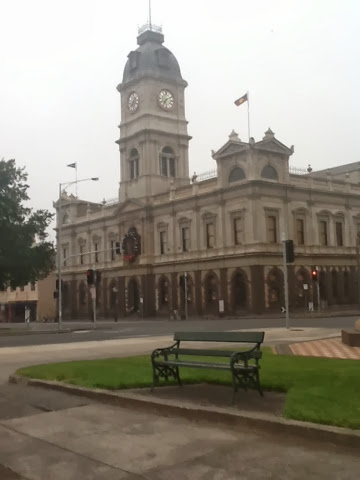