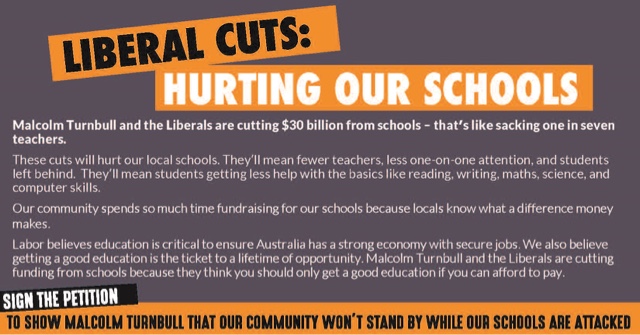 Julia Gillard has nominated the Gonski school reforms as one of the areas of which she is most proud because the policy had moved the debate towards an acceptance of needs-based school funding on all sides of politics.

The former prime minister has been made a companion of the Order of Australia, the highest honour bestowed on Australians since Malcolm Turnbull removed Tony Abbott’s knights and dames honours soon after he took the leadership.

Gillard received the honour for “eminent service to the parliament of Australia, particularly as prime minister, through seminal contributions to economic and social development, particularly policy reform in the areas of education, disability care, workplace relations, health, foreign affairs and the environment, and as a role model to women”.