ANOTHER report on educational disadvantage

One in four Australian students fails to complete a year 12 certificate or vocational equivalent, and nearly 30 per cent of year 7 students are falling behind international benchmarks in reading.

A landmark national study by education policy think tank the Mitchell Institute has also exposed an alarming discrepancy between advantaged and disadvantaged students, and warns the gaps are widening in a "segregated" system that leaves poorer students behind.

The Educational Opportunity in Australia 2015 report, which was released on Monday, has found a staggering 26 per cent of Australian 19-year-olds, or 81,199 people, are not finishing school.

About 40 per cent of Australia's poorest 19-year-olds are leaving school early, compared with about 10 per cent of the wealthiest.

Most socially disadvantaged students attend government schools (77.5 per cent), yet total government expenditure on private schools increased 107 per cent between 1991 and 2000.

This was more than twice the growth in funding for state schools, at 52 per cent, and far outstripped growth in enrolments.

The report's lead author, Professor Stephen Lamb, said the the effects of student disadvantage were strong in Australia compared with Canada and New Zealand.

"We haven't succeeded yet in developing an egalitarian system," he said.

"High levels of segregation of students in Australia, due in large part to residential segregation and the sector organisation of schools, tend to reinforce patterns of inequality and strengthen differences in school performance.

"We have a large proportion of kids who keep missing out at school ... it's too big a number for us to ignore, and it reflects on the quality of our system."

Students who are Indigenous, poor, and live in remote areas are falling behind their peers at major stages of their schooling.

The proportion of disadvantaged students achieving academic benchmarks was about 20 per cent lower than the rest of the population, and they were less likely to catch up later on.

But disadvantaged students are not the only ones being left behind, with 28.4 per cent of Australian year 7 students not meeting international standards in reading.

The report also revealed that:​

Mitchell Institute director Dr Sara Glover said the high number of students not finishing year 12 was a "real cause for alarm".

"This is the future workforce of Australia. If we are not equipping them well enough for that, this is a quarter of young talent wasted. For our economy, and for our future, we can't afford to do that."

Victorian Council of Social Services chief executive Emma King said failure to support vulnerable students, particularly in the early phase of their schooling, could severely limit their opportunities in adulthood.

"Many of these people go on to suffer financial hardship, alcohol and substance abuse, homelessness and a higher probability of ending up in the justice system."

Victorian Education Minister James Merlino defended legislation passed earlier this year, which would ensure non-government schools get at least 25 per cent of the funding given to public schools.

The report was "evidence" of the need for reform in education.

"We are tackling the unacceptable link between disadvantage and poor student outcomes to ensure equal opportunities for all students."

NSW Premier Mike Baird described as a "kick in the guts" former prime minister Tony Abbott's decision to cut education funding to the states and territories.

Mr Baird recently advocated raising the GST to 15 per cent as a means of increasing state education funding.

"It's the very opposite of a fair go, and it's the direct result of funding policies that [the Gonski funding reforms were] designed to correct.

"The only hope for breaking the cycle is the next federal government to fulfil its promise of the last two years of Gonski."

A spokeswoman for the Federal Education Minister Simon Birmingham said the government provided a "record total funding of $69.5 billion over the four years to 2018-19 – a 27.9 per cent increase across all schools over the 2014-15 baseline".

"These funds include considerable extra funds in the forms of loadings for students with disability, Indigenous students, socio-economic disadvantage, non-English speaking, location and school size," she said.

Grace Pletas, 16, dropped out of her Sunbury state school at the end of year 10, after the school would not allow her to study part-time. She wanted to take time off to treat her heart condition, and learn a trade.

"I wasn't happy at school at all. It took me a very long time to get to where I am now, and it really didn't need to." 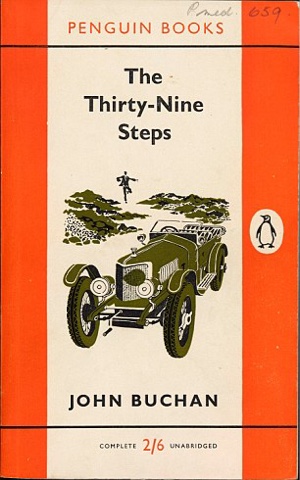 http://www.dailymail.co.uk/debate/article-3289297/CHRIS-DEERIN-Forget-007-today-s-best-thrillers-owe-huge-debt-Thirty-Nine-Steps.html
Posted by Unknown at 00:46