If you like classic science fiction, one of the genre’s best magazines can now be found online for free. Archive.org is now home to a collection of Galaxy Science Fiction, which published some of the genre’s best works, such as an early version of Ray Bradbury’s Fahrenheit 451and Alfred Bester’s The Demolished Man.

The collection contains 355 separate issues, ranging from 1950 through 1976. Open Culture notes that it’s not quite the entire run of the magazine, but it’s got plenty of material to keep fans occupied for years. It includes stories from science fiction legends such as Isaac Asimov, Robert A. Heinlein, Clifford Simak, and Theodore Sturgeon. There are also some underappreciated authors who deserve re-discovery, such as Kris Neville, Alan E. Nourse, or John Christopher. (Sadly, like most publications of this era, female SF authors were underrepresented.)

Galaxy Science Fiction was a digest magazine founded by editor Horace Leonard Gold, after the Second World War. During this time, the science fiction field was in flux. The scene’s biggest publication, Astounding Science Fiction, was starting to lose its edge, while American readers had more entertainment options, like radio, novels, or television. 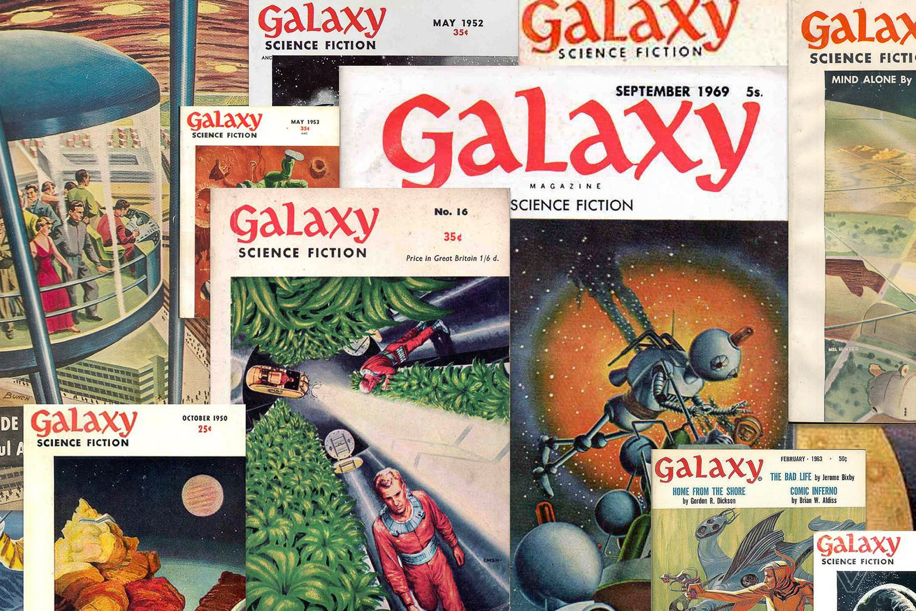 Under Gold’s direction (and later, under the direction of author and editor Frederic Pohl), the magazine became a landmark in the science fiction genre, resulting in some of its best-known works. These included early versions of books like the aforementioned Fahrenheit 451 and The Demolished Man, but also Alfred Bester’s space opera The Stars My Destination and Isaac Asimov’s robot mystery novel The Caves of Steel. A sister publication, If Magazine, came later, which can also be found on Archive.org.