Teacher retention crisis in the U.K.

I wonder how our figures stack up in Australia? Great story on this inthe SMH: http://amp.smh.com.au/comment/our-country-needs-good-teachers-i-am-not-going-to-be-one-of-them-20170629-gx15c4.html
This story from The Guardian

Almost a quarter of the teachers who have qualified since 2011 have already left the profession, according to official figures that have prompted further concerns about the pressures on the profession.

Of those who qualified in 2011 alone, 31% had quit within five years of becoming teachers, the figures show.

The official rate of dropouts from the profession was published as the government came under pressure to relax the 1% pay cap that has been placed on teachers’ pay until 2020.

Analysis of official figures shows that more than 27,500 teachers who trained between 2011 and 2015 had already left the job by last year. It means that just over 23% of about 117,000 teachers who qualified over the period have left.

The figures follow complaints by Tory MPs that the overall schools budget is too small and needs to be increased.

Justine Greening, the education secretary, is known to be sympathetic to both relaxing the pay cap and increasing public spending on schools, but is one of a series of cabinet ministers making spending demands on Philip Hammond, the chancellor.

Angela Rayner, the shadow education secretary, who uncovered the figures showing the number of teachers leaving the profession, said they highlighted the “sheer scale of the crisis that the Tories have created in teacher recruitment and retention”.

“Teachers are leaving our classrooms in record numbers, and the crisis is getting worse year after year. We are now at the point that more teachers are leaving than staying,” she said. “The government has serious questions to answer on the impact of their policies such as the continued cap on public sector pay, and their failure to tackle the issues like excessive workload that affect teachers in the classroom. 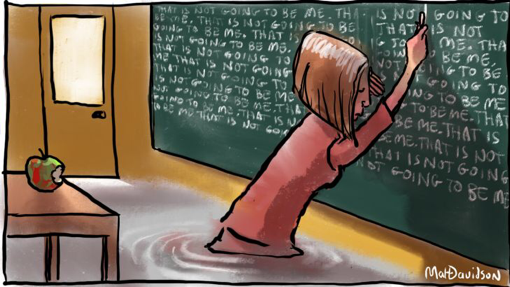