The future role of Regions

The Department of Education (DET Victoria) has asked teachers and principals to make a submissions and provide feedback on the possible roles and areas of expertise in our regional offices. They want to know how the department can revitalise its interactions with schools which desperately need revitalising.
They have created a consultation paper called 'Stregthening DET regional services and support' and have asked for submissions from education professionals.
Below is my submission.


When I first started teaching in the Central Highlands Region in 1987 the Regional Office was regarded as a valuable resource for teachers. Consultants were freely available to support teachers and school programs and initiatives and the regional office itself had resources available for teachers to freely access. The election of the Kennett Government saw the dramatic downsizing of Regional Offices and the end to School Support Centres. School Charters and the Curriculum Standards Framework was introduced. Roles formerly performed by regional staff were devolved to schools. The notion of ‘self-governing schools was introduced. Schools were placed in clusters according to their geographical location and given the responsibility of managing support staff. Rivalries rather than co-operation and competitiveness between government schools were encouraged. Over 300 government schools were closed through the Quality Provision process.


The election of the Brack’s Government saw the expansion of the regions and the management of school support personnel was once again centralised at a regional level. Attempts were made to genuinely consult with principals and school communities and the widespread punitive closure of schools was stopped. My region was re-branded the Grampians Region and schools were aggregated into networks and given a Regional Network Leader (RNL). Their role was to foster co-operation between schools, to identify shared trends across the network (such as poor results in NAPLAN writing tests beyond year 3 and 5) and maximise support for affordable professional learning to address shared needs. A National Curriculum (AusVELS and a standardised student report system was adopted.)


The election of the Bailleau/Napthine governments saw the merging of regions (from 9 to 4 incorporating urban and non-urban regions). There was a widespread reduction in services as these larger regions actually meant a reduction in support staff available to schools rather than an increase. The networks and RNLs were abandoned and schools were left to the own devises. Support for small and remote schools declined culminating in a scathing report by the Auditor General into the increasing gap between urban and rural educational opportunities and achievements for students in government schools (May 2013). Schools did adapt to the laisse fair approach to support and oversight from a regional level with many schools seeing it as an opportunity to grow and legitimise previously informal collegiate groups and shared interest networks to meet shared needs. The last four years has seen Gonski reforms stalled nationally, a flawed and failed performance and development regime mishandled, the abandoning of Ultranet,  TAFE emasculated and promised increases in funding ‘misappropriated’(In its final year 450 million of Gonski funding did not reach the schools that it was promised too). The government was perceived as a ‘do nothing’ government and the region I’m currently part of (South Western Victoria) has been mostly invisible and ineffective for the last four years. The Andrew’s Government was elected in 2014 with the promise to make Victoria the education state.


Regions need to be de-merged. Not necessarily to their former boundaries but they are not working at present and will not if they don’t become more relevant and approachable to their client schools. A region based in Footscray cannot and does not respond adequately to the needs of schools in Ballarat and Horsham.


The Region’s main role should be to manage and ensure the equal distribution of specialist services to schools. Children are presenting at mainstream government schools with disabilities and impairments which effect their learning and schools need the support of trained, experienced staff to support students with physical and emotional disabilities. It is also essential that rural and remote schools receive equal access to this essential support.


Regions have a responsibility to facilitate the engagement of principals and teachers in developing their understanding of modern trends and innovations in education. One significant impact of the merging of Grampians Region was that we lost access to the excellent locally managed and resourced Grampians Teacher Education Network (GTEN) which provided cost effective professional learning opportunities using local and ‘imported’ experts meeting the needs of teachers and principals in our region.


Regions have a role in addressing important issues effecting recognised cohorts of schools. Every data set used by the Auditor General in his report entitled ‘Access to Education for Rural Students’ May 2014, found ‘that there is a persistent gap in achievement and outcomes between rural and metropolitan students’. This gap has existed for some time but was exacerbated over the last four years. As a region encompassing large sections of rural Victoria it would have been reasonable to expect some action to be taken to ‘close the gap’ but nothing was and is being done.


A transparent and accountable state education system is the benchmark for a diverse education system that aims to meet the educational needs of a prosperous Victoria. The system of checks and balances we have, helps to eliminate the excesses and hyperbole of the private education sector often more interested in manufactured tradition and status (Refer Mowbray College and others) than an equitable education for all. The region has a role in ensuring the accountability of principals and School Councils to guarantee that the needs of the student (as a member of a school community and as an individual) is the number one priority of every school. Regions should oversee a sustainable and respected performance and development culture and should actively promote our system in the same way the Catholic Education Office promotes there’s.


An effective Regional Office should not act simply as a cypher for Central Office or be so large that it is too slow to react to the needs of the schools in its care. I believe that our existing unwieldy regional structure should be dismantled and replaced with smaller regions. Those regions in rural Victoria need to be led by a dynamic executive that  has the imagination, organisational skills and enthusiasm to tackle the significant challenges facing rural schools and educators in 21st century Victoria. 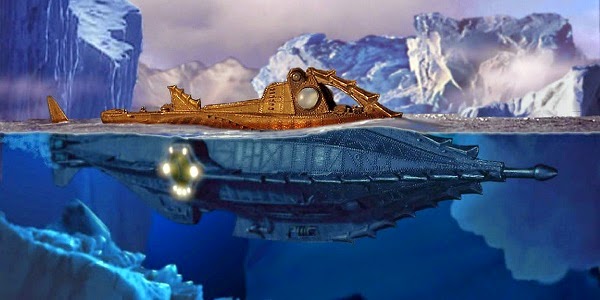