We've finished Treasure Island ( one student is currently reading Kidnapped) and we have almost finished The Wreckers ( Part of a swashbuckling trilogy by Iain Lawrence which I would heartily recommend) and we will read The Moonfleet starting next week. As a consequence we are having fun with some pirate art.We completed Pirate faces ( Refer to the photos) and today we started creating our pirate flags. 'Black spots' and pirate maps will follow next week.

The pirate faces were really easy to create. the children just folded up a pirate hat using A3 card and then created a big pirate like face on A4 card. Feathers, scars, patches ( using leather off- cuts) rotten teeth (using brown paper) and stumble made from bits of sandpaper were added.For the pirate flags the children researched historic pirate flags and used them for inspiration to design their own- most seem to feature skulls however! 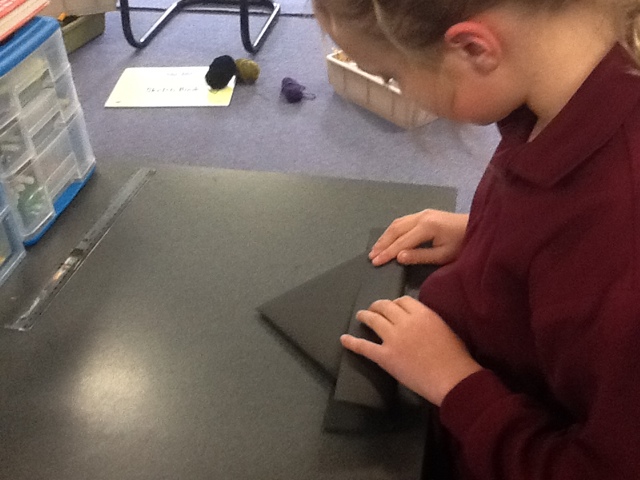 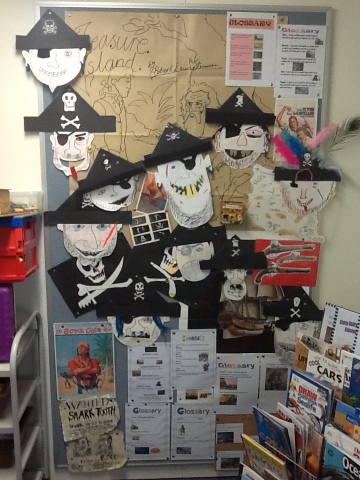 Email ThisBlogThis!Share to TwitterShare to FacebookShare to Pinterest
Labels: Note to self: Don't let the children put their pirate faces up on the display board.