In an attempt to silence the states going into the next election, probably in July, the Federal Government will offer some money for hospitals ( to paper over their savage cuts) at the next COAG meeting but not Gonski funding.

The commonwealth has told the states it will not make an immediate offer on schools funding or match Labor’s promise to spend $4.5bn funding the final two years of the Gonski education plan in 2018 and 2019.

The decision opens the way for a fierce Labor attack during the imminent federal election campaign, but it is understood the commonwealth believes there is time to negotiate longer term changes to schools funding after the election.

Apparently they'll look at it after the election....yeah, right!

Bring on this election! We need some certainty.( But not the lies of the last election) 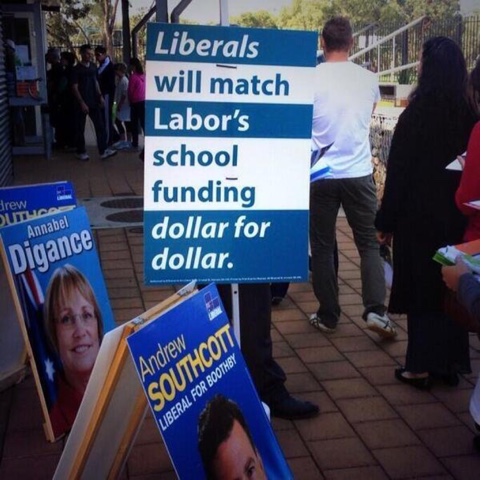