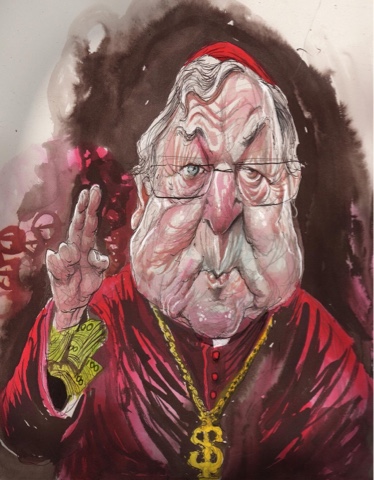 George Pell....'I should have done more.....'
Cardinal George Pell knew a paedophile teacher was moved to a new school because he was allegedly abusing children but did not tell church authorities or the police because he presumed the teacher would receive “help” to stop him reoffending.
Brother Ted Dowlan, a member of the Christian Brothers order, was removed from St Patrick’s College in 1974 after he admitted abusing boys under his care. He went on to abuse children at at least another four schools over another 14 years. Dowlan has since been jailed twice for abusing children, in 1996 and again last year.
At the time of Dowlan’s offending in the 1970s, Pell was the episcopal vicar for education in the diocese of Ballarat – the bishop’s representative in all areas of education.
Pell told the royal commission into institutional responses into child sexual abuse on Wednesday he knew in 1974 that Dowlan was alleged to have sexually abused children but he did not seek information on the exact nature of Dowlan’s offending, nor did he tell the bishop of the diocese, or the police, of the offending.
“I would say that in light of my present understandings, I would concede I should have done more,” Pell told the commission.
Pell's blame game

A survivor of child sex abuse at the hands of catholic clergy has accused Cardinal George Pell of "extraordinary" ignorance after he again told a Royal Commission senior clergy kept him in the dark about sex abuse by priests in Victoria.

During his third day of video-linked evidence to the commission from Rome, Pell said he was deceived by staff and clergy and information was kept from him about abuse in Ballarat and Melbourne, a claim earlier dismissed by commission counsel as "implausible".

Over the course of his evidence Pell has said at various times he had been deceived by the CEO of the Catholic Education office, the Archbishop of Melbourne, Bishop Roland Mulkearns and by one or more Bishops' advisers in Ballarat about abuse.

One survivor said Pell had "given us nothing" after three days of evidence.

"We would like to request a meeting (with the pope) to discuss the commitment to the children of the past and children of the future. To implement systems so this is never repeated again," a survivor representative told reporters.

"Respectfully the survivors of clergy abuse from Australia we are flying back to Australia on Friday, and we would like to think that we could get a meeting."

Sky News reported some survivors rejected an offer to meet Pell after they were asked to sign a gag order. 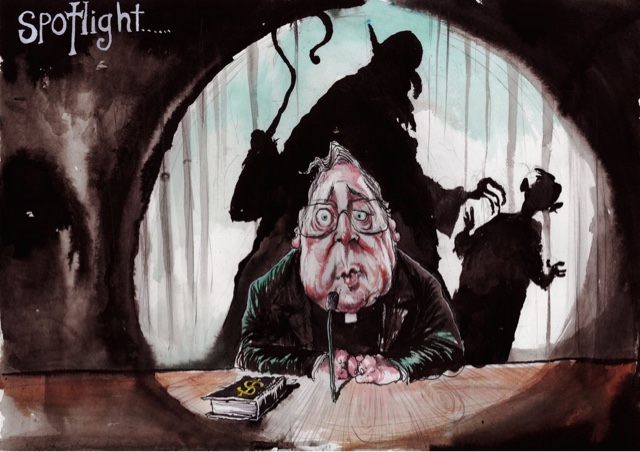 Read more in the Guardian
Posted by Unknown at 22:38