What public education is all about

From the AIM Network

If anyone had any lingering doubts about Christopher Pyne was completely unsuited to be Minister for Education, unlikely I know, I present irrefutable proof.

Christopher Pyne, who is not only suggesting that the Federal government completely withdraw from public school funding, but that parents who can afford to do so should pay fees. I cannot put it better than John Birmingham from the Brisbane Times: “And then the laughing stopped and the grins froze in place and everyone realised this jabbering toff from Adelaide was serious. Serious enough to float a proposal that the federal government stop paying anything towards state school education, while maintaining billions of dollars in funding to the elite private schools that so many members of this government went to, and which so many of them send their own children to now. Serious enough to float the idea of a punitive charge on any class traitors who dared send their own children to the local state school rather than enriching the coffers of a Churchie or a Knox Grammar. 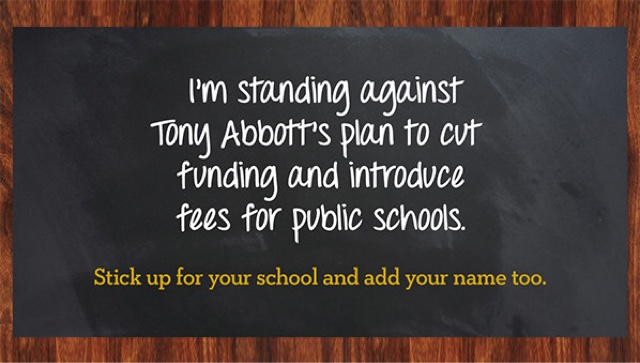 Could there be a policy more transparently designed to sort millions of school-aged children and their families into a privileged elite, and a much greater mass of the poor, benighted and put upon? Other than using hot irons to brand the foreheads of the poor with the mark of their shame, I can't think of one.” The King’s School in Parramatta charges senior students about $31,000 a year ($53,000 if boarding) plus a host of extras like a $3,600 family admission fee and $300 a term bus charge and $1700 a year lunch fee and $275 a term technology fee and a $250 registration fee.In 2014 federal government funding for The King’s School increased by $176,824 to $5,818,862.  This figure, from the federal Education Department, does not include the state government's funding for private schools, typically about a third of the federal figure.

As Stewart Riddle points out at the Conversation; “A two-tiered system of schooling will have devastating effects on our social fabric, widening an already too large and persistent equity gap.Since the New South Wales Public Schools Act 1866, legislation has enshrined compulsory, secular and universal access to public schooling. This is not something that should be taken lightly, nor should it be cast aside with a spurious argument that it is not the responsibility of the federal government. Providing universal access to high-quality education that is publicly provided is something we are all collectively responsible for. Public schooling should not be seen as a safety net, providing limited education for those who cannot afford to go to a private school. Instead, it needs to be celebrated as being one of the most important foundations for a healthy democracy. Access to education provides enormous benefitsto individuals and societies – increasing health, prosperity, social cohesion and political awareness – while also reducing welfare dependency, crime and incarceration rates.”